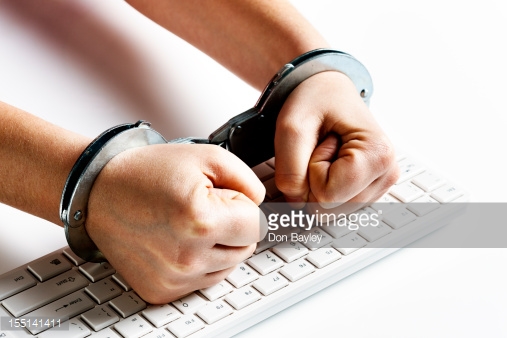 Over the last month, there has been a litany of stories breaking that highlight the potential pitfalls for Cambodian citizens in their use of the internet.

Many Cambodians use the internet not only to keep in touch with friends, but also to keep up-to-date with news and participate in public affairs. Facebook is particularly popular.

However, successive stories have broken recently where a person’s online activity has got them into hot water with the authorities. Perhaps most notably is the case of a senator from the opposition Sam Rainsy Party (“SRP”) who was arrested for treason for posting on Facebook what was supposedly a treaty relating to the Cambodia-Vietnam border, a hot topic in current political debate. The senator’s arrest was purportedly made at the personal request of the Cambodian Prime Minister, Hun Sen. Furthermore, as a result of the furore, three CNRP members thought to be linked to the Facebook post have now fled Cambodia with a view to being granted asylum in the West.

Perhaps more worrying is the story of Kong Raya, a 25 year-old student of political science at a Phnom Penh university, who was arrested last month for incitement as a result of posting a message on Facebook calling for a color revolution “to change the regime for Khmer society”.

Ominously, these stories coincide with what are thought to be ongoing efforts by the government to implement a Cybercrime Law, which observers and analysts fear will be used by the authorities to stamp out online criticism. Furthermore, it has been reported that the government intends to establish a new department tasked with monitoring and clamping down on “online crimes” in the name of, amongst other things, national security. Although as of yet no details have emerged as to what type of activity constitutes an online crime, it is feared by human rights activists that the department would strangle online activity deemed critical of the government and further curb freedom of expression.

Concerns about the government’s proposals center on what type of online activity will be deemed criminal and therefore prompt action from the authorities. It is feared that innocuous comments viewed as critical to the ruling Cambodian People’s Party (CPP) will be classified as a threat to national security and attract heavy criminal sanctions for the author. This way, the government can further silence opposition voices. This is of particular concern since most of the media in Cambodia is controlled by the CPP and to date the internet has provided one of the few forums by which opposition voices can be heard.

There are also concerns regarding the transparency of the government’s intentions. Indeed, the proposed Cybercrime Law has been in the making for a number of years now, yet only a leaked draft has emerged. It is feared that the law will be passed with little, if any, consultation with civil society.

It may be acceptable under certain circumstances for the authorities to take action to curb online activity and restrict freedom of expression. Indeed, many governments around the world do so as a preventative measure against terrorism. However, such interference should only be permitted in exceptional circumstances which are clearly defined by the law, and when restrictions are necessary and proportionate. To do so otherwise could violate Cambodia’s international human rights obligations and lead to an attack on the fundamental right to freedom of expression, further strangling a right scarcely enjoyed by Cambodians.

1 thought on “Internet Freedom in Cambodia”